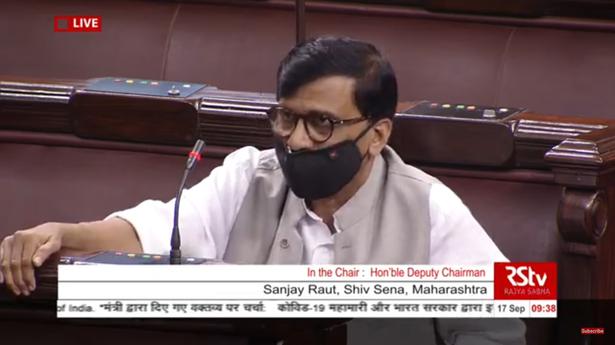 Rajya Sabha is being convened in the morning and Lok Sabha in the afternoon.

A day after the Rajya Sabha kicked off spirited discussions on India’s response to the coronavirus pandemic, two or more ministers are expected to respond to queries and clarifications posed by the Opposition.

In the second half of the day, Defence Minister Rajnath Singh is likely to address the Lok Sabha on the India-China border row, primarily in Ladakh.

(For a concise report on the daily going-ons in the Parliament, subscribe to our political newsletter. Subscribe here and get it in your inbox.)

Here are the live updates:

File photo of Chinese President Xi Jinping. (Reuters) The Chinese army's failures on the Indian border will have consequences, the report said, adding that the recent developments give Xi an excuse to pick up the pace of replacing adversaries in the armed forces with loyal elements. News18.com Last Updated: September 14, 2020, 8:06 PM IST…
Read more
India