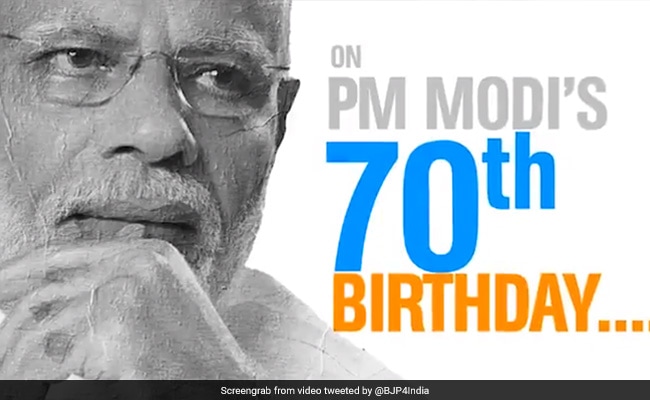 A special virtual exhibit for a special day, greet your favourite leader on his 70th birthday from home!

Describing it as a “a special virtual exhibit for a special day” the party said “greet your favourite leader on his 70th birthday from home!” The virtual exhibition can seen on the NaMo App, it said.

The BJP is celebrating Prime Minister Modi’s birthday as Seva Saptah or week of service. Seva Saptah was inaugurated by party chief JP Nadda on September 14. The party has announced that several social initiatives will be carried out by the its leaders across the nation during this week-long programme.

London (AP) Willian helped to set up all three goals on his debut to lead Arsenal to a 3-0 victory over promoted Fulham on Saturday in the opening match of the pandemic-delayed Premier League season at an empty Craven Cottage. The offseason recruit from Chelsea took just eight minutes to make an impact with a…
Read more
India

The CBDT has been requested to verify the assets and liabilities filed as part of affidavits. (FILE)New Delhi: The Election Commission is learnt to have reminded the Central Board of Direct Taxes of its request to probe allegations of false affidavits filed by Maharashtra Chief Minister Uddhav Thackeray, his minister son Aaditya Thackeray and NCP…
Read more
India