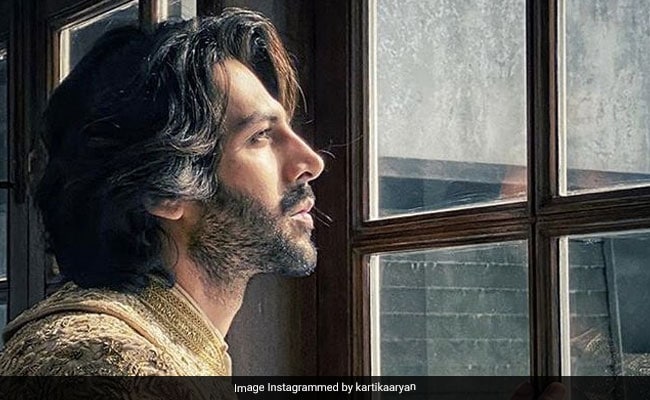 During the lockdown, Kartik Aaryan grew his hair, cropped it short and grew it back again. Several hairstyles later, the 29-year-old actor now sports messy hair and a bearded look as his new avatar. Kartik recently collaborated with designer Manish Malhotra for Lakme Fashion Week. Kartik’s new look was actually for a fashion video showcasing Manish Malhotra’s newly launched royal couture. Kartik, who is known for his signature sense of humour, shared a glimpse of his new persona on Instagram along with a question for his fans. He just wanted to know if he can resume shoot looking like his current self. “Iss look mein film shoot karni chaiye na (Should I shoot a film in this look)?” asked Kartik. Janhvi Kapoor wrapped the conversation with a brutal one-word reply: “No.” 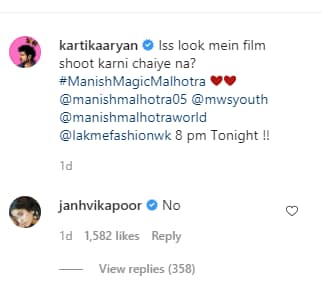 Meanwhile, this royal look of Kartik Aaryan got his Instafam excited, who asked him to send these photos to filmmaker Sanjay Leela Bhansali as audition shots. Earlier, Kartik had confessed if he could make a request to Alia Bhatt, he would ask her to recommend him to Sanjay Leela Bhansali.

Here are the many look changes Kartik Aaryan went through in the past few months. According to Kartik, “Good boy is the new bad boy.”

Last seen in Love Aaj Kal, Kartik Aaryan has films such as Bhool Bhulaiyaa 2 and Dostana in his line-up. During the lockdown, Kartik Aaryan hosted an Instagram talk show titled Koki Poochega.

Ted Cruz said the Republican Party is ‘not just the party of country clubs’ but CPAC is fixated on Donald Trump — a man...

Twilio salaries revealed: Here’s how much engineers, product managers, and more make at the $48 billion cloud communications company that’s skyrocketed amid the pandemic...

Premium Twilio co-founder and CEO Jeff Lawson Twilio This story is available exclusively to Business Insider subscribers. Become an Insider and start reading now. The pandemic hasn't seemed to slow down Twilio, the cloud communications company that has seen its stock price triple since January, giving it a market cap of over $48 billion.  That's…
Read more
India

EXCLUSIVE: Oracle created a new cloud and AI org, and an exec once under consideration for co-CEO has stepped back in to lead it...