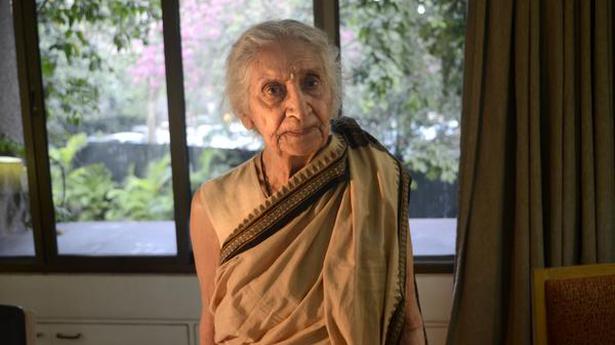 In discussion with the doyenne Kapila Vastyayan

Over the years, the Padma Vibhushan recipient engaged thoroughly with western dance kinds too, and kept that while the Indian custom remains in discussion with the earth, the West aspires to be free from it. “However never handles to,” she would assert.

Mixing concrete with the intangible and finding connections between the arts and the sciences, she composed extensively on the geometrical body stances in Indian dance forms and complex rhythmic patterns that show mathematical flourishes in the Indian cultural heavens.

Not versus modification, she would frequently underline that any experiment must be to enhance Indian classical kinds, not to dilute or distract the new generation from its essence.

Her canvas was not restricted to dance. This appears in her large corpus of writings, such as Plural Cultures and Monolithic Structures: Comprehending India and The Indian Arts, Their Ideational Background and Principles of Types

She might speak about the ethos of Jayadeva’s Gita Govinda and the subtleties of Pablo Picasso’s works with equivalent strength. In fact, she did her Ph.D. on the treatment of Jayadeva’s iconic poem in Indian visual arts from Banaras Hindu University under Vasudev Charan Agarwal. Like her guru, she worked towards removing the label of exotica from Indian arts and tried to find ways for the coexistence of several streams at the grassroots through rigorous research.

Mentored by Kamala Devi Chattopadhyay and Rukmini Devi Arundale, as an able arts administrator, she contributed in laying the cultural landscape of the nation with institutes such as the Indira Gandhi Centre for the Arts, Central University of Tibetan Studies, Centre for Cultural Resource and Training, and the India International Centre, to name a few.

No surprise, in Afloat a Lotus, Vatsyayan’s cognitive biography by Jyoti Sabharwal, the doyenne explains herself “as a rolling stone that has collected much moss”. She goes on to say, “Indeed, so much moss that there is no stone left, just layers and layers of this vast moss of knowledge of the country of my birth …”

During the decades of the Nehru-Gandhi rule, Vatsyayan was the go-to individual for showcasing Indian culture to the world. She assisted legends like Birju Maharaj and Balasaraswati discover a worldwide audience. From taking performers of artistes all over the world as part of Jawaharlal Nehru’s cultural diplomacy to obtaining Chola bronzes at the National Museum for the Non-Aligned Motion Conference in 1983 from south Indian temples, she did it all, cutting a lot of red tape along the way.

She was nominated to the Rajya Sabha in 2006 however had to abandon her seat following the workplace of profit controversy. In April 2007, she was renominated to the Upper Home.

Having been recognised as near the Nehru-Gandhi household possibly cut her ties with the non-Congress federal governments, who perhaps saw her as part of the Nehruvian vision of India.

She was married to distinguished Hindi author S.H. Vatsyayan ‘Ageya’. The two heavyweights from their respective fields separated in 1969.

Inside an apparently impenetrable exterior, Kapila Vatsyayan brought a sharp sense of humour and practiced a Gandhian way of living. Those close to her say she enjoyed the rasa of life.