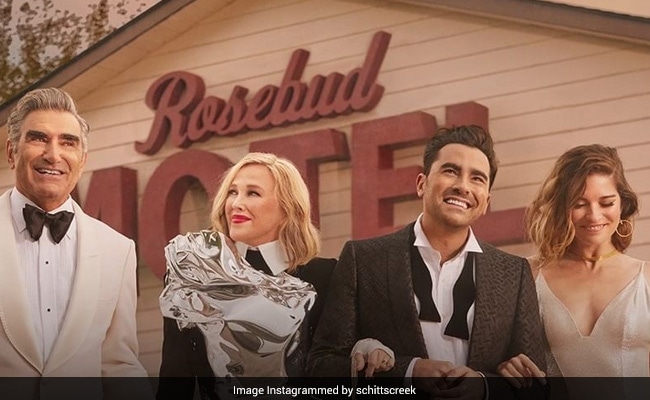 The Emmys – the 72nd edition of the Primetime Emmy Awards – is here with the biggest television wins of this year. Television personality Jimmy Kimmel is the host for this year’s Emmys – he is emceeing the show from an empty Microsoft Theater in Los Angeles as there’s no live audience or red carpet this year, because of the coronavirus pandemic. The all-virtual Emmys has winners checking in from home to accept their prizes. Netflix sitcom Schitt’s Creek, which had 15 nominations, swept the comedy category with all of the seven top prizes. Eugene Levy won Outstanding Actor (Comedy) for the show while Catherine O’Hara won Outstanding Actress (Comedy). Schitt’s Creek fetched Eugene Levy’s son Daniel Levy the Outstanding Director, Writer and Supporting Actor prizes. Meanwhile, Watchmen, which had the highest number of nominations with 26 nods, took the prize home for Outstanding Limited Series.

Outstanding Actor – Limited Series or Movie: Mark Ruffalo (I Know This Much Is True)

(This list is being updated as the Emmys are announced)

The High Court of Karnataka has stayed an order passed by a single-judge Bench on an enquiry against Lingaraja Gandhi, Registrar of Karnataka State Open University (KSOU), for making “false and misleading” remarks about a professor while forwarding the latter’s application for Vice-Chancellor posts at two universities.A Division Bench comprising Justice B.V. Nagarathna and Justice…
Read more
India

Jerusalem (AP) A member of Israel's Cabinet has tested positive for the coronavirus as the country remains under lockdown while battling a second wave of infection. Gila Gamliel, Israel's environmental protection minister and a member of Prime Minister Benjamin Netanyahu's Likud party, announced on Twitter Sunday that she had tested positive. She was the fourth…
Read more