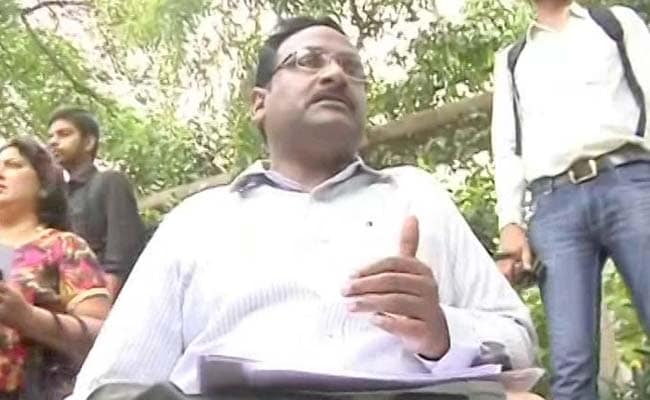 “Her son could not see her for the past four years since his incarceration,” Saibaba’s wife said. (File)

Former Delhi University professor GN Saibaba, who is serving life term in a jail in Maharashtra for links with Maoists, has lost his ailing mother even as his lawyer made an unsuccessful last attempt to get him see her through video-conferencing.

On Tuesday, the Nagpur bench of Bombay High Court rejected the bail application of Saibaba, who had sought release for 45 days on medial grounds so that he could get treatment outside and also meet his 74-year-old mother, who was suffering from cancer, in Hyderabad.

She died in Hyderabad on Saturday, Saibaba’s wife said in a statement.

Saibaba, who is wheelchair-bound with over 90 per cent physical disability, is currently lodged in the Nagpur Central Jail.

His advocate Akash Sarode told PTI on Sunday that he informed the Nagpur jail authorities through e-mail on Friday that the condition of Saibaba’s mother was serious and it was her wish to see her son.

After Saibaba’s mother died on Saturday, Sarode again called up the jail authorities to arrange for a phone call with the family, but he did not get any reply for it also, the lawyer said.

Saibaba’s wife Vasantha said her mother-in-law Gokarakonda Suryavathi died at 1.40 pm on Saturday. She was undergoing cancer treatment at NIMS, Hyderabad, and her health was progressively getting worse.

She was “desperately waiting to be reunited with her eldest son, Dr GN Saibaba, currently languishing in prison under unfair charges”, she said in the statement on Saturday.

The court rejected his bail petition and parole, where he expressed his desire to see his mother in her final moments.

Her son could not see her for the past four years since his incarceration, Saibaba’s wife said.

“I feel extremely saddened by the loss of this kind and caring woman and even deeply disappointed in myself that I could not fulfill her final wish of letting her meet her son,” she said, adding that the woman had tested negative for coronavirus.

In March 2017, a sessions court in Maharashtra’s Gadchiroli district convicted Saibaba and four others, including a journalist and a Jawaharlal Nehru University (JNU) student, for Maoist links and engaging in activities amounting to “waging war against the country”.

The court held Saibaba and others guilty under the stringent Unlawful Activities Prevention Act (UAPA).

Court Reserves Conviction Of Rape-Murder Accused For Lack Of Evidence

Failure Of Law And Order Equipment: Congress On Bengaluru Violence

Joint Collector, trust members perform funeral of deceased patient During the times when many lives are being lost due to COVID-19, the horrific images of bodies being disowned by families have been shocking. Responding to a series of incidents, Chief Minister Y.S. Jagan Mohan Reddy has announced that the government would provide ₹15,000 to families…
Read more