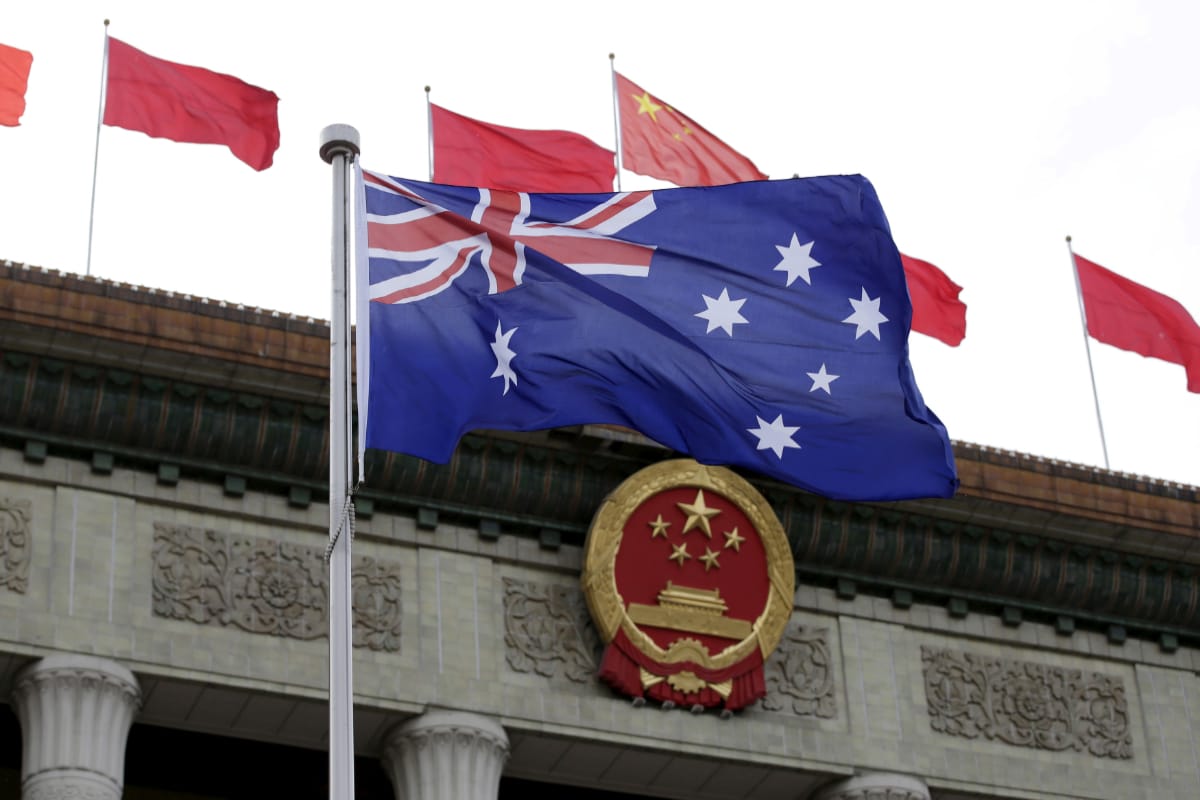 FILE PHOTO: The Australian flag flutters in front of the Great Hall of the People during a welcoming ceremony for Australian Prime Minister Malcolm Turnbull (not in picture) in Beijing, China, April 14, 2016. REUTERS/Jason Lee

According to a report in Bloomberg, new enrollments of international students from India expanded 32% in 2019 from a year earlier and it’s the fastest growing major market for Australian services.

After diplomatic tensions, Australia has decreased its reliance on China trade and has started increasing links with Asia’s other giant economy, India.

According to a report in Bloomberg, new enrollments of international students from India expanded 32% in 2019 from a year earlier and it’s the fastest growing major market for Australian services.

Prime Minister Scott Morrison held a virtual summit with his Indian counterpart Narendra Modi in June and the two signed a defence agreement and upgraded ties to a Comprehensive Strategic Partnership. The trade ministers of Japan, India and Australia recently agreed to work toward achieving supply chain resilience in the Indo-Pacific region.

Delhi wants to send lots of people to Australia on work visas and doesn’t want to reduce tariffs, according to former Australian Trade Minister Craig Emerson, who initiated the Australia-India free trade negotiations in 2011, resulting in a two-way trade around just one tenth of China-Australia shipments.

Australia’s most valuable export, iron ore, hasn’t been caught in China’s crosshairs yet, perhaps due to a lack of alternative suppliers. Yet Beijing appears to be giving itself greater flexibility, with Emerson noting that China is buying ore carriers that improve the economics of long-distance shipping from Brazil and purchasing Guinea mines.

Cabinet Approves Signing of India-Japan Pact on Cooperation in Textiles

Save on the Steam variations of Death Stranding, Control Ultimate Edition, and more

Image: 505 Games Publisher 505 Games is discounting most of its titles on Steam in time for Labor Day until September 8th. Topping the list includes Death Stranding, which hasn’t seen many discounts. It’s $45 instead of $60 and includes the soundtrack for free with purchase. Control Ultimate Edition has been $32 instead of $40…
Read more