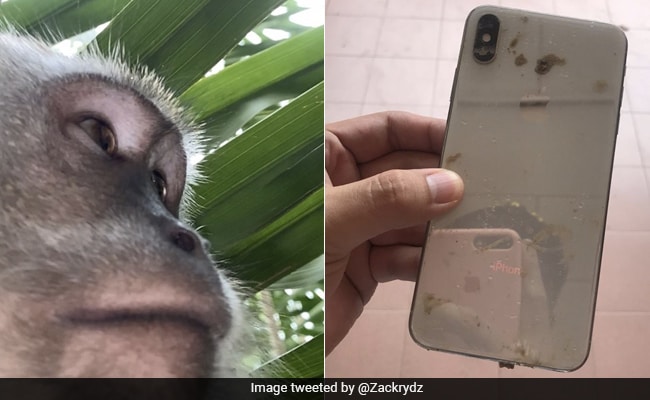 A student from Malaysia found a series of monkey pics on his missing phone.

A student from Malaysia was stunned to discover a series of monkey ‘selfies’ on the phone he lost. Zackrydz Rodzi told BBC News that he thought his phone had been stolen while he was sleeping. The 20-year-old student from the town of Batu Pahat reportedly went to sleep on Friday with his phone next to him. On Saturday, he woke up to find that his phone had gone missing.

“There was no sign of robbery. The only thing on my mind was is it some kind of sorcery,” said the final year computer science student.

Mr Rodzi eventually tracked the device to a jungle behind his house on Sunday afternoon. He says his father kept calling his phone until, on Sunday, he heard it ringing from the jungle and found it beneath a palm tree.

When his uncle joked that he might find a picture of the thief on his phone, Mr Rodzi opened the gallery and discovered a series of monkey pictures and videos. One video – which he shared with the BBC – even shows the monkey trying to eat his phone.

According to the Daily Mail, Mr Rodzi said he showed the photos to friends and family who ‘couldn’t believe it’, before posting them on Twitter. “Something that you might see once in a century,” he tweeted on Sunday.

The pictures have garnered over 2.5 lakh views and hundreds of amused comments on the microblogging platform.

Zackrydz Rodzi suspects that the monkey may have entered their house through an open window and made off with the phone before dropping it in the jungle.

Back in 2018, Microsoft sunk an entire data center to the bottom of the Scottish sea, plunging 864 servers and 27.6 petabytes of storage 117 feet deep in the ocean. Today, the company has reported that its latest experiment was a success, revealing findings that show that the idea of an underwater data center is…
Read more
Technology

Apple will launch its online shop in India on September 23rd

Apple will launch its online store in India on September 23rd, giving customers in India a way to buy Apple products directly from the company for the first time. “We’re proud to be expanding in India and want to do all we can to support our customers and their communities,” said Apple’s senior vice president…
Read more