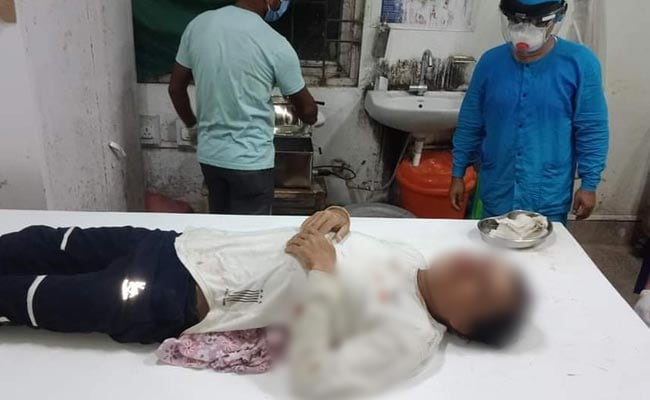 A journalist was thrashed by unknown people after he criticised Tripura Chief Minister Biplab Deb’s “won’t forgive” comment on the state’s media. Mr Deb had in an event on Saturday criticised the media for publishing stories of alleged mismanagement of the coronavirus crisis by the BJP government.

Parashar Biswas, a journalist with a Bengali daily in Tripura, had just recovered from COVID-19 infection, which he contracted while on duty. After he was discharged from a COVID-19 care unit, he made a video criticising the Chief Minister for allegedly threatening journalists.

He made the video on Friday night while in the COVID-19 care centre.

The journalist’s post was seen as aggressive in tone, with some social media users criticising him for not adhering to a decent manner of addressing a Chief Minister.

Mr Biswas was thrashed at his house in Ambassa, the headquarters of Dhalai district, on Saturday night. He was critically injured and was taken to a hospital in state capital Agartala, sources said.

“We have filed a case and are investigating the attack,” DGP (In-Charge) Rajiv Singh told NDTV on phone.

Subal Dey, the editor of Syandan Patrika, where Mr Biswas works, said, “He was attacked within a day after the Chief Minister issued a threat against the media and within 12 hours of his Facebook post. We suspect this attack to have been carried out by BJP members.”

On his Facebook post, Mr Biswas said, “I would like to warn the Chief Minister that he should not try to threaten the media. Today I am posting this. There will be many others in future.”

At a time when the centre has sent a team of experts to Tripura to help the state government fight rising cases of COVID-19, and the state saw the highest mortality rate in the northeast, Chief Minister Biplab Deb criticised a section of the media for publishing stories of alleged mismanagement of the coronavirus crisis, on the sidelines of a ceremony for a special economic zone in Sabroom on Saturday. Union Minister Piyush Goyal led the foundation stone via video-conferencing.

Journalists in the state on Sunday held a meeting in Agartala and under a forum called “Assembly of Journalists”, they have asked the Chief Minister to withdraw his statement against a section of the media in the state. The journalists said they would otherwise be compelled to take up the matter with the Governor, Prime Minister, and the Press Council of India.

“Within 24 hours of Chief Minister’s public threat to newspapers, a journalist has been attacked, beaten brutally. This has led to a feeling of insecurity among journalists in the state,” the Assembly of Journalists said in a statement.

All these developments come days after the Tripura High Court sought reports from the state government over its anti-coronavirus measures and infrastructure within a week or before September 18.

COVID-19: Schools In Haryana Partly Reopen After Being Shut For Six Months

Raj Thackeray Fined Rs 1,000 For Not Wearing Mask Aboard Ferry

SAD To Wait For Farm Bills’ Clearance Before Deciding on Alliance: Report

The Shiromani Akali Dal (SAD) will take a call on whether to remain in the BJP-led NDA or not after taking into consideration the fate of three contentious farm bills in Rajya Sabha and consulting its...
Read more
Technology

A big vaccine trial halted this week after a participant experienced serious neurological symptoms. It was one of the first known bumps in the road for the highly touted vaccine candidate, which is being developed by AstraZeneca and the University of Oxford. AstraZeneca said Saturday it had resumed phase three trials in the UK only,…
Read more
India