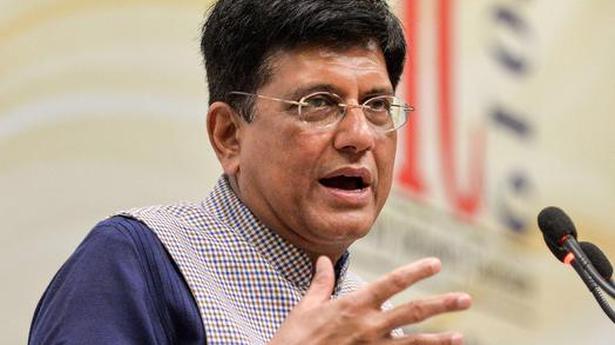 Earlier, it said it did not have data on the workers who had lost jobs/lives during pandemic

Ninty-seven people lost their lives while travelling in the Shramik Special trains, which were run to help migrant workers stranded due to the nationwide lockdown to reach their home State, the government on Wednesday told Parliament.

The statement comes two days after the government had told Parliament that it did not have any data on the workers who had lost their jobs and lives during the pandemic.

In a written reply to the Lok Sabha, Railways Minister Piyush Goyal said, “Based on the data provided by the State police, 97 persons were reported to have passed away till 09.09.2020 while travelling on board Shramik Special trains during COVID-19.”

The Minister said policing on the Railways is a State subject and prevention of crime, registration of cases, their investigation and maintenance of law and order in the Railway premises as well as running trains are the statutory responsibility of the State governments. They discharge these duties through the Government Railway Police (GRP)/District Police and Railway Protection Force (RPF) supplement the efforts of GRP/District Police to provide better protection and security of passenger area & passengers and for related matters.

On Monday, replying to queries on whether the government was aware that many migrant workers had lost lives and whether any assessment of the job loss had been done, Labour and Employment Minister Santosh Kumar Gangwar had in a written reply to the Lok Sabha said, “No such data is maintained.”

Mr. Gangwar said over 1.04 crore migrant workers had returned to their home State with more than 32.49 lakh returning to Uttar Pradesh and about 15 lakh to Bihar.

He said the Railways could recover a small fraction of expenditure incurred on running them thereby incurring a loss.

Mr. Goyal said such special trains in normal circumstances are booked by the State governments/any agency or by an individual on full tariff rates, which includes normal fare for both directions, service charge, empty haulage charge and detention charge.

“The Railways allowed booking of the specials on normal fare for one direction only. Special arrangements like enhanced sanitisation, security, medical arrangement, rake sanitisation, free meals, water etc. added to the overall cost of running them,” he said.

Watch | All about the DNA Technology Regulation Bill

The upcoming Monsoon Session of the Uttarakhand Assembly will be limited to just a day and there will be no Question Hour, Deputy Speaker Raghunath Singh said here, attributing the decision to the recent spike in COVID-19 cases in the state. As per the original schedule, the session was to be held from September 23-25.…
Read more
India

The government has listed 23 new bills, including 11 which seek to replace ordinances, for introduction The monsoon session of the Parliament kicked off on Monday with Lok Sabha assembling first.  The lower House paid tributes to former President Pranab Mukherjee, Congress MP H. Vasantha Kumar, Pandit Jasraj and 13 former parliamentarians, who passed away…
Read more
Technology

Nearly nine months after Star Wars: The Rise of Skywalker was released, John Boyega is opening up about the way his character and his role in the films were treated by Disney. In a new lengthy interview with GQ, Boyega spoke about the disappointing direction Lucasfilm and Disney took his character — a Black Stormtrooper…
Read more