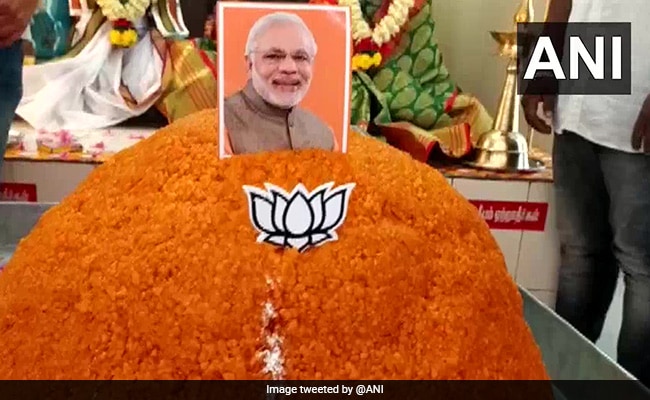 Ahead of Prime Minister Narendra Modi’s 70th birthday on September 17, Bharatiya Janata Party (BJP) workers in Tamil Nadu’s Coimbatore have offered a 70-kilogram laddu to Lord Shiva at Sivan Kamatchi Amman Temple, and distributed it amongst the people.

To mark the celebration, the BJP workers had carried out a procession outside the temple and then offered prayers following which the laddu was distributed.

As part of the celebration, for the past one week, BJP workers have engaged themselves in different events including ration distribution amongst the needy, organising blood donation camps and eye-check up camps. 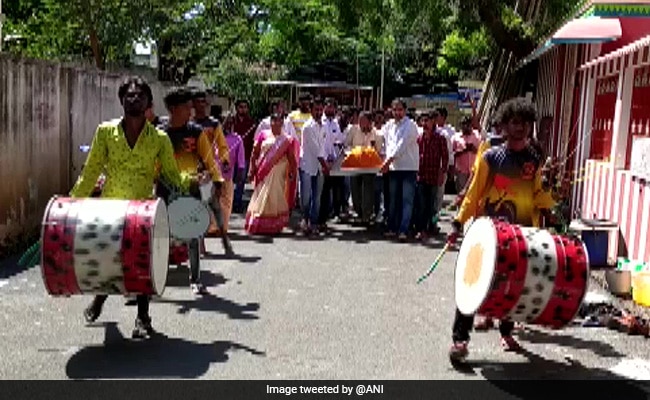 To mark the celebration, the BJP workers had carried out a procession outside the temple

Earlier on September 14th, BJP had launched a week-long campaign namely “Seva Saptah” to mark the 70th birthday of the Prime Minister.

Several social initiatives are being undertaken by the party leaders and workers across the country.

This campaign was launched by the party President JP Nadda at Chhaprauli village in Gautam Buddh Nagar district of Uttar Pradesh. The campaign will continue till September 20.

Opinion: With Farm Costs, PM Modi Has “Thrown Out The Old Furnishings”

The Uttar Pradesh Pollution Control Board has sealed 157 stone crushing units in four districts of the Bundelkhand region and imposed a fine of Rs 13 crore on them, an official said on Wednesday. Of the 393 stone crushers, 157 were sealed in Banda, Chitrakoot, Mahoba and Hamirpur districts for violating various laws in the…
Read more